Skip to Content Jump to Main Navigation Skip to Search

Chair of material and processes of electrochemical energy storage and conversion

You Are Here: Markus Gehring 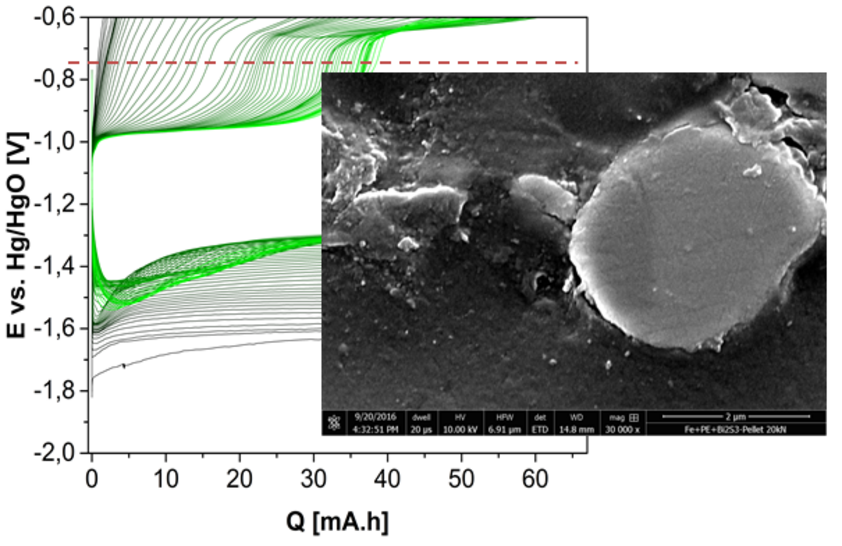 Due to the current massive upheaval in energy policies, the most extensive one since the energy crisis, research and development of sustainable energy storage sytems re-emerged as a focus of scientific research. Especially the temporal storage of renewable energy, which is characterised by its usually intermittent nature of production, poses a huge challenge of modern times. Storage systems such as batteries and especially iron-air batteries are promising in completing this challenge.

The alcaline-aqueous iron-air system is of special interest due to its cost-effective and eco-friendly components, but is challenging because of its parasitic hydrogen evolution, which needs to be supressed. Furthermore the behaviour of the iron anode is dominated by a distinguishing, corrosive surface process, that is influenced by factors galore.

Main aim of this project is the systematical analysis of the influence of electrical and electrochemical parameters on the performance as well as the microstructure of the porous anodes. To this end both electrochemical as well as microscopical methods are used. The focus thereby lies in the significant increase of anode capacity during the first cycles, the so-called formation.