Skip to Content Jump to Main Navigation Skip to Search

Chair of material and processes of electrochemical energy storage and conversion

You Are Here: Chunguang Chen 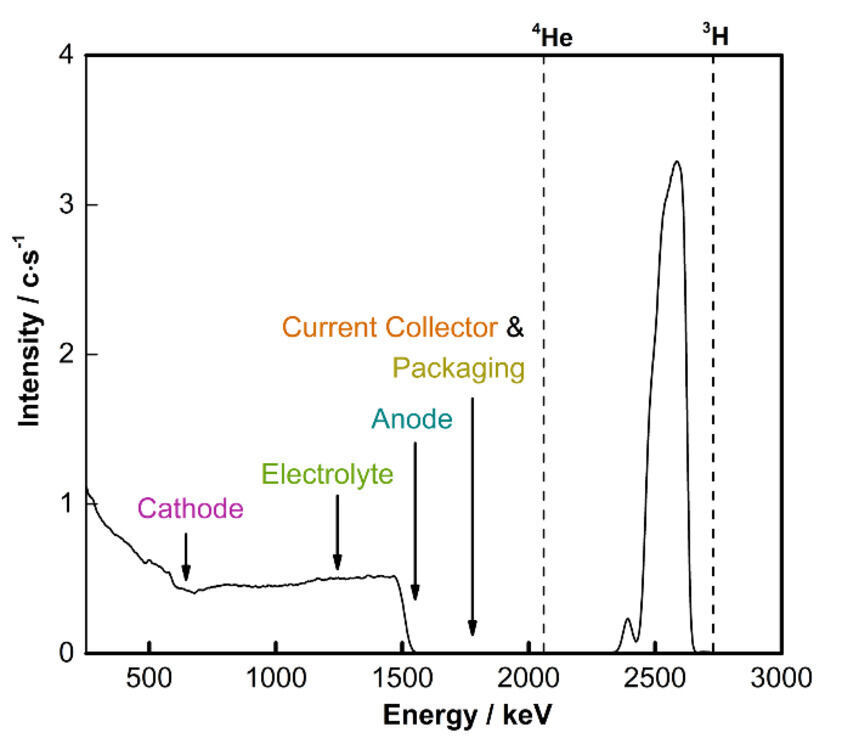 Like all rechargeable battery systems, conventional Li-ion batteries (LIB) inevitably suffer from capacity losses during operation. This also holds for all-solid-state LIB. In the solid LIB, the degradation is commonly attributed to the Lithium immobilization somewhere within the whole stacks. In particular, interfaces are the problematic sites. To analyze the interfaces of solid LIBs, some techniques have been proposed, e.g. in-situ transmission electron microscopy (TEM), X-ray diffraction (XRD), Raman spectroscopy and others, and each method has its own disadvantages. This shortcoming can be filled by Neutron Depth Profiling (NDP). NDP employs thermal neutrons (n) which react with 6Li, emitting alpha particles (4He) and tritons (3H) with well-defined initial kinetic energies of 2727 and 2055 keV. On their trajectory through various layers, the kinetic energies of 3H and 4He particles are reduced, depending on the material(s) passed. By detecting the energy loss of these charged particles, the depth at which these particles were initially formed can be deduced (see Figure). As the number of 6Li atoms subjected to this nucleus reaction is negligible with respect to the total amount of lithium, this technique can be considered non-destructive.

In this PhD study, NDP, with supportive depth resolved tools, will be applied to detect the interfacial evolution during the batteries aging, giving insights of the degradation mechanism.